2018 has proven to be a great year for expansion and development of social media but it hasn’t stopped there! During February, Twitter announced that they have made a key change to their newsfeed. It is reported that this change will have an impact on the overall usage of the social media platform. Many business users are beginning to wonder how this will affect them – read on to find out more!

Twitter have made the decision to remove the image preview that is displayed when posting a web link – example shown below:

However, Twitter wasn’t the first social media platform to make this change. Facebook made a similar change to their network in January as they stated tweaking what people see and how it is displayed will make it more “meaningful”. Facebook is one of the largest social media platforms with having the highest number of active numbers which makes it Twitter’s largest competitor. Therefore, Twitter has chosen to follow Facebook’s recent changes to ensure that they maintain their current number of active users on the platform and don’t fall behind trends whilst remaining up to date and current with the latest changes to social media.

Social media has changed over the last few years and has now become a significant marketing tool for all businesses to use; whether this is to engage and communicate with customers, raise brand awareness or help increase sales and traffic to their website. Social media platforms have seen an increase in activity, sales and streaming which are all factors which help businesses grow and develop further. The importance of this key change is to ensure that social media looks professional and is used in a respectful manner as it reflects a business’ brand. Every post, comment, share, like, video or image that is uploaded onto Twitter represents a business therefore it’s important the correct brand message is being received by users. Before publishing content, you need to consider your target audience to gain better results!

This change follows Twitter’s recent character limit alteration where users now have a limit of 280 characters. This change makes it better for businesses to post more in-depth detail on the platform; but are you optimising this content to ensure it is reaching its potential?

Twitter cards allow your business to stand out from the crowd! Additional content can be created which is longer than the character limit, so a twitter card allows a ‘view summary’ button to be displayed below the tweet. This is worth doing as it helps draw more clicks and views and has a positive impact on your SEO credibility. A business logo can also be included on this summary which is great for business recognition and brand awareness. 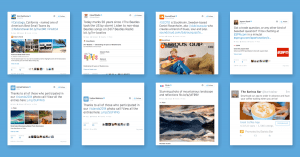 Keeping the platform safe and free from spam is a top priority for Twitter. In order to combat spam, Twitter is not allowing bulk tweeting and duplicate accounts in their ultimate bot crackdown! They have announced their limits that have been introduced which affect how users can automate their tweets which includes businesses too. Businesses currently use this facility to schedule and plan their content so that they are always ahead of the game.

As a result, Twitter is banning users who post identical or similar tweets from multiple accounts including actions like liking, retweeting and following and the use of specific hashtags in the attempt to cause a topic to trend. Twitter are doing this to expose those accounts which are suspicious and/or malicious which may be associated with bots in order to create a better environment on their platform for all users. Twitter has already suspended thousands of suspected bot accounts in their crackdown.

Twitter commented on this and stated, “it is an important step in ensuring we stay ahead of malicious activity targeting the crucial conversations taking place on Twitter”. This came as a result of last years findings when Twitter discovered that over 50,000 accounts were linked to Russian propaganda efforts. 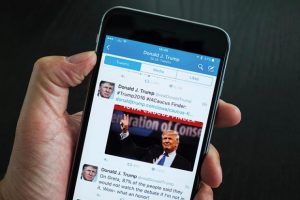 What are the exceptions?

We know that marketing automation can be advantageous for businesses which is why Twitter have created specific policies and exceptions to this ban. These exceptions include allowing businesses to post a tweet from one account and have multiple accounts retweet this post. Doing so will prevent the posting coming across as ‘bulk’ tweeting. It is a standard rule that Twitter has the authority to shut down any posts or accounts which are seen as ‘inorganic tampering’.

The introduction of these new changes will have an impact on the user’s experience of Twitter and the platform itself. Overall, it’s clear that Twitter are updating and improving their network regularly to ensure businesses can grow and allows them to go into further depth regarding their products are services they offer. Twitter has enabled businesses to improve their social media presence and improve their online marketing as a whole. However, 2018 has proven to be a huge step forward in the right direction for both Twitter and small businesses.