I recently wrote a very basic article demonstrating on how Twitter Ads (Specifically Promoted Account Ads) can be used to develop a captive audience and assist a content driven SEO campaign. This time around we’re going to take a look at the other type of advertising Twitter offers: Promoted Tweets.

Promoted Tweets as the name suggest is an advert made up from one of your Tweets (rather than just your profile picture as a promoted account ad displays).

There are currently 3 options for the targeting of Promoted Tweets:

As the name suggest you can specify keywords to target. For example, this could be used as a branding exercise designed to turn users that mention your brand into followers or a retailer of toasters could target those users looking for a new toaster. It’s a very flexible option that can be used for many different uses.

Essentially just like you’ll find on Promoted Account advertising, you can target similar followers of other accounts and general interests to show your ads too. 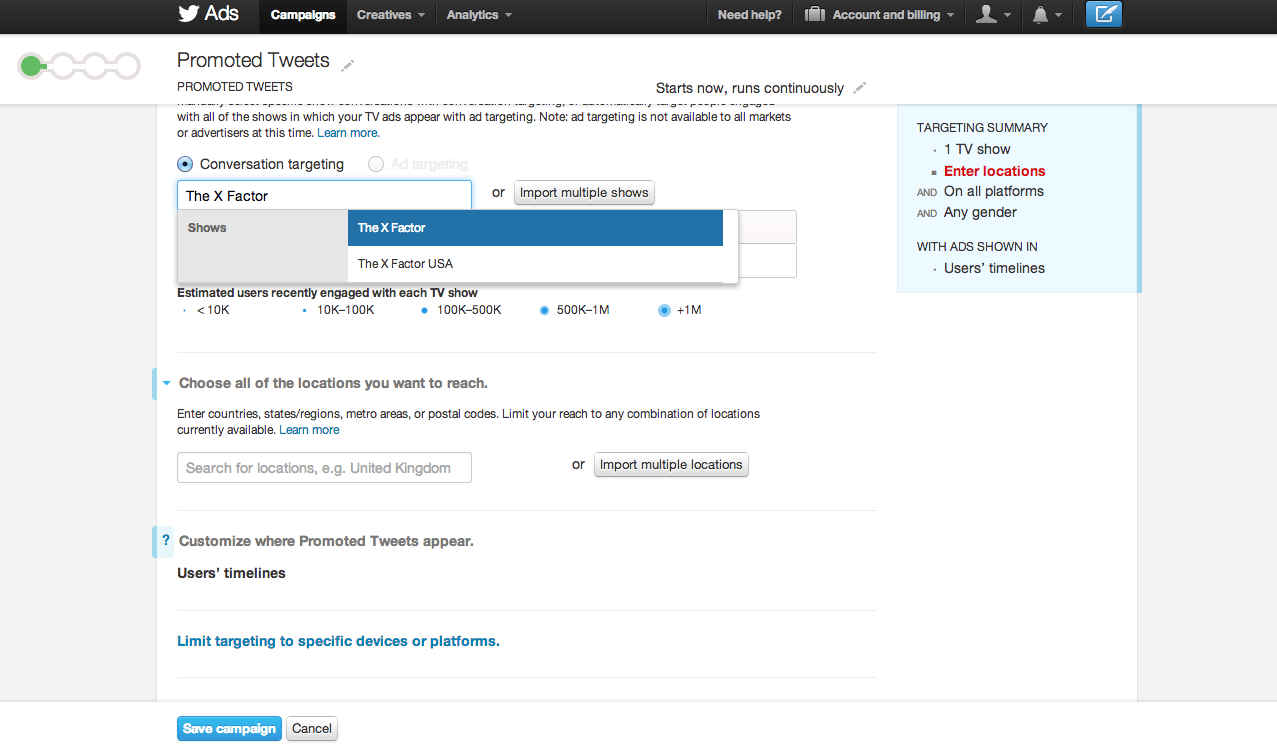 This one is my personal favourite. It’s incredibly unique in that Twitter allows you to select the name of a TV Show which allows your Promoted Tweet to show to those that converse about that TV Show.

Here’s an example, if you’re a singing coach you could promote a tweet that appears during the show such as:

Do you have the X Factor? We’ll make sure you do! Sign up for our singing classes now!
You can also select which cities your advert is eligible to show in. 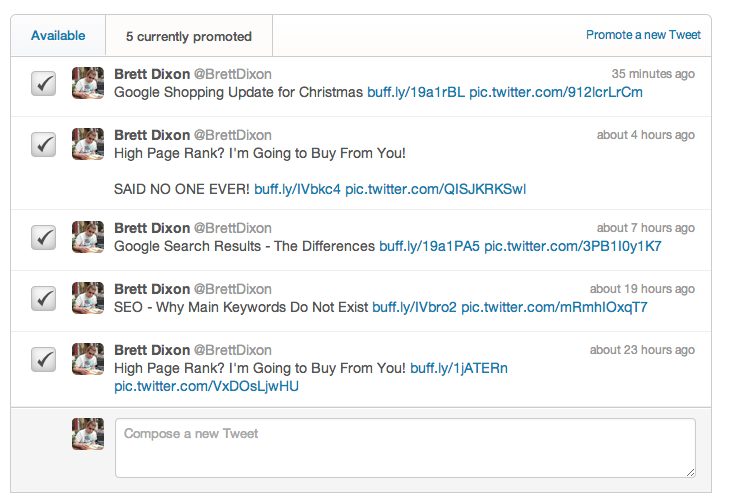 You have two options when selecting a promoted tweet: You can either manually select tweets or let the system do it for you and rotate your tweets based on their level of engagement.

For me personally, I post a mixture of personal tweets and business tweets relating to Online Marketing so I’d prefer to manually select a tweet to ensure it’s relevant – I really don’t fancy paying to promote a tweet and automatically promoting a tweet about me complaining about something (although this has been used to great effect before!).

Don’t worry if you don’t see a tweet you want to promote, you can add tweets at this stage too.

All you need to now is set your budget and activate the campaign. You can read more about Twitter Advertising and the reports you can generate in my previous blog here.

If it’s all too much work then get in touch and we’ll manage the whole thing for you!