We’ve just come back from the very successful Internet World exhibition at the ExCel Centre in London. As well as giving advice and picking up new prospects, we were bombarded with people who wanted to know why their online marketing wasn’t working with the agency they had engaged. Always willing to help, I got snared by a businesswoman called Jane. (Name has been changed to protect the innocent and I was having problems spelling it anyway). 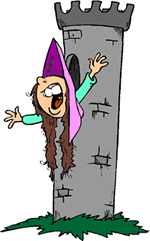 Let me tell you now, so there is no misunderstanding, the tears were down to frustration on my part and NOT due to Jane’s marketing nightmare. As a shining Knight one has to listen to any damsel even though a grim suspicion had already formed in this Knight’s mind. I casually glanced at my colleagues who presented me with sympathetic looks as they moved further and further back into the exhibition stand determined not to become part of the conversation.

But what can one do? I braced myself and asked and asked a series of questions to which I received the following answers.

Q. Are we talking about PPC?
A. What’s that?

Q. So are you paying an agency then?
A. Oh yes.

Q. Do you know what exactly this agency is doing for you; do you get reports from them?
A. I get nothing from them; I think they’re useless

Q. Just exactly how long have you been paying this agency?
A. Three weeks

At this point if I had had a sword I would have happily fallen on it.

Q. And may I ask how much you pay this agency per month.
A. One hundred and fifty pounds!

Oh yes! Slam-dunk! £150 of her English pounds every month to an online agency she engaged a mere three weeks ago. I should learn to stick to dragon slaying and leave the damsels to fend for themselves. Fortunately though, her mobile phone rang at that point, her husband had apparently got lost and had accepted the hospitality of two female survey takers in a pub on the concourse and could she possibly come and rescue him. She ended the phone conversation there and then and stormed off shouting over her shoulder like Arnie, “I’ll be Back”.

Time for a Drink

Despair turned to panic at this point until I realised that today’s show was about to close. In my mind I removed my Knight’s armour and thought of the Mead I would be drinking shortly. (Actually they had run out of mead a few centuries earlier so I settled for a pint of flavoured cider).

These days, exhibitions seem to be the accepted hunting ground for companies wanting to sell YOU something (Rent a stand you cheapskates!) and individuals like Jane above who want advice (No problem there), but are unable to accept your advice because they know better. (BIG problem).

In this industry a high percentage of people think that successful online marketing may be achieved in days. The fact that it isn’t is unacceptable to the client who will spend the next few months going around different agencies with the same result.

Build Relationships from the Start

The saving grace here is that the majority of medium to large companies realise that online marketing done in accordance with Google Guidelines takes time and investment as well as an open business relationship with the agency. Transfer of information between both parties is essential for a campaign strategy to succeed.

Agencies need to discuss with their clients what budget they are happy with committing to marketing, and the client needs to know what he is getting for that level of investment. Once those parameters have been met you are more likely to have a harmonious relationship. 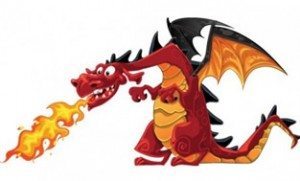 I still wonder what happened to Jane,we never saw her again at the show. I can’t help wonder if she barged into another Knight whose speciality was dragons!

3 things you need to know about the F8 summit

Google to disclose ‘Right to be Forgotten” requests in search results.

3 tips on how to maintain healthy relationships with your clients