Christmas is over and it’s back to work for all of us at DPOM Towers and I’m not going to lie, sitting down and writing a blog is tough after what has been 2 weeks of relaxation and festive fun!

Over the Christmas period one story in particular caught my attention and I though’t it would serve as a warning for all of those embarking on SEO campaigns in 2014:

This story really did have me shaking my head in disbelief. Rap Genius is a US based website that publishes song lyrics and recently found itself getting an almighty spanking by Google for participating in…drumroll… Link Schemes.

Here’s the full story on what they did and how they did it. What I like about this story is that Rap Genius was actually exposed and reported to Google for engaging in this link scheme and Google took action. 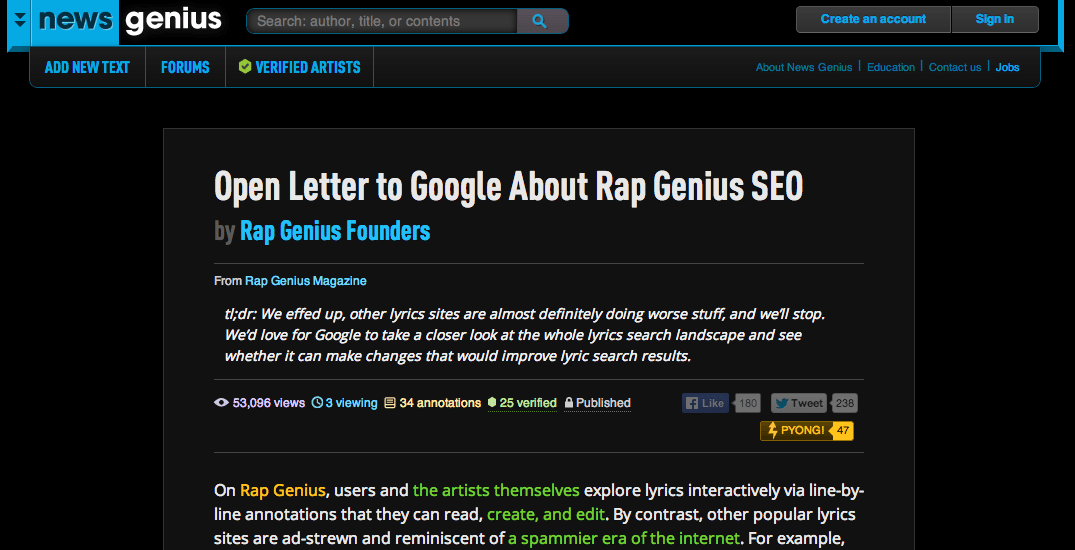 You’d think for self proclaimed geniuses they’d have leant from the mistakes of others throughout 2012 and 2013, after all, there’s been some very high profile cases of well known companies receiving penalties for breaching Google’s Webmaster Guidelines recently.

Rap Genius was practically wiped off the search engine for around 10 days whilst they removed their “Unnatural” links and disavowed those they couldn’t remove. I’m not surprised they recovered so fast, their scheme would have been relatively easy to undo given the specific nature of what they did.

I don’t think this will be the last time in 2014 I write about a well known company getting into the proverbial with the Google webspam team. It seems there are many companies still incredibly naive when it comes to the SEO rule book and in rap genius’s case I have the feeling they had the ‘everyone else is doing it so it will be OK’ approach considering the fact they published an apology to Google and then advised them to “look at other lyrics websites”.

It’s this type of arrogance that will catch out yet more firms in the future, some of which will surely be well known names.

Today I had a quick look into a young websites link profile: the site is only a year old but already had a few thousand links pointing at all with 1 of 5 exact match Anchor Text.
An incredibly obvious unnatural link profile on a site destined for failure. Yes they rank reasonably well but if I can spot an unnatural link profile in 2 minutes then you can be pretty sure Google will catch on at some point.

The website in question is reasonably well known but perhaps you could argue their SEO Agency is to blame? I don’t really buy that given the huge publicity around Google Penguin and the penalties associated with it but for the benefit those reading this here’s how to check your link profile: 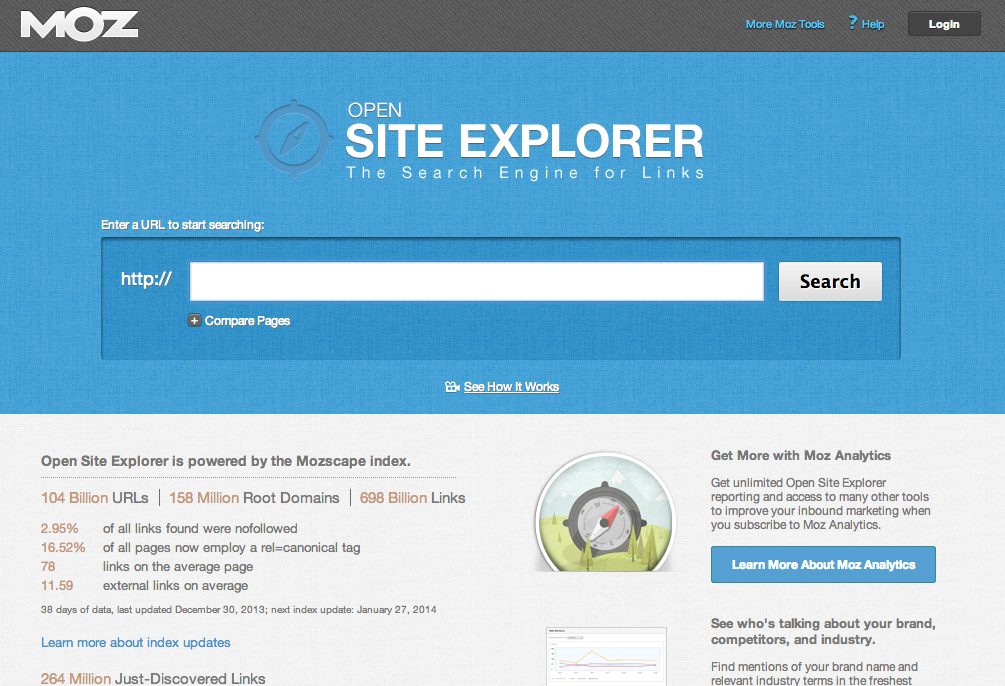 Type in your website address and filter it by Followed Links and then Anchor Text. (Yes, you’ll likely have to take out a subscription for a month to see everything but it’s well worth it.)

Take a look at your Anchor Text, if most of your links have the same exact anchor text that just happens to be a keyword you want to rank for, then that’s a pretty indicative signal your links are pretty unnatural.

Remember, links should be “Editorial votes given by choice”. How likely is it that every site that links to you uses the same anchor text?

If this sounds like your link profile don’t wait and see what happens, take action now and save yourself from the pain later. Do it right, earn your links and you’ll never have to worry about penalties.

Oh and in case you were wondering, the link to Rap Genius is a nofollow 🙂

Is Google’s stranglehold on the search engine market finally slipping?

Tech Companies are coming together to WALLOP the Ivory Trade and Wildlife Trafficking.