So it’s official: If you’ve seen some big fluctuations in traffic and positions over the past week then you can blame Google’s core algorithm update which included a Panda update.

Google representatives have since confirmed that last weekend saw a huge core algorithm update but it was not the Penguin algorithm that SEO professionals have been expecting since pre October last year… That is still to come.

@jenstar yes, the changes you saw are part of a core algo update. @Missiz_Z is right almost always, you shan't need my confirmation 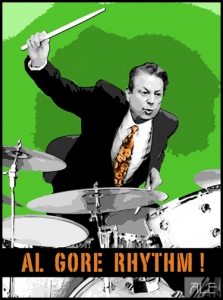 Barry Swartz of Search Engine Land called this one last Friday, noting the early signs of an algorithm update and eventually Google confirmed his suspicions. Which is actually kind of rare as Google don’t often confess to core algorithm updates… So it’s kind of a big deal for them to actually admit to it.

The real confusion amongst Webmasters was that we’ve expected Penguin to be rolled out any day now for the last 3 months so when we see shake ups and the rumours start on SEO forums, everyone braces for the link-based algorithm to start culling wrong-doers and dirty link schemers, but that simply did not happen.

As my colleague Michael mentions in this blog, the core algorithm (potentially) contained the Panda algorithm in with it so we are finally starting to see the new methods of rolling out Algorithms in action. It’s pretty exciting to be honest when you stick to the Google Guidelines whilst working on your SEO, as these updates are usually beneficial in the long term… And couple that with penguin which will be out soon, you should see a big shake up in the Search Engine results for 2016.