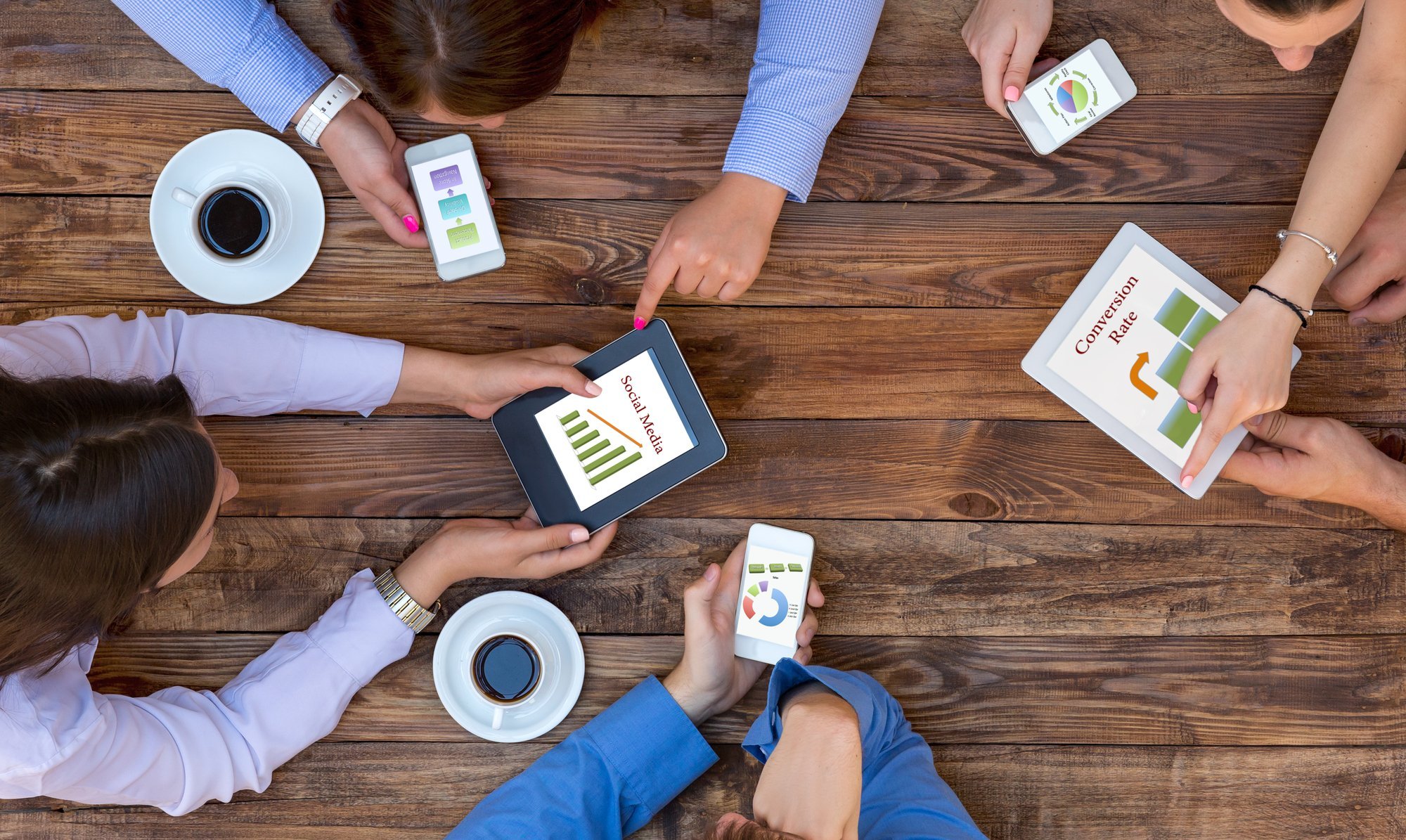 For many of us, we know it’s the holiday season when the John Lewis Christmas Advert is launched. Each year, John Lewis & Partners strive to create an ad better than the last – from lovable characters to famous faces, what more could they need? In this blog, we take a look at John Lewis’ latest creation “Excitable Edgar” and we analyse what makes the campaign so successful.

This year John Lewis & Partners unveiled their first joint Christmas Ad with Waitrose & Partners as they prepare to operate as a single business. In true cinematic tradition, John Lewis brought a charming character to life on our screens – known as Excitable Edgar. In the advert, we see a very upbeat Edgar attempting to partake in the festive traditions along with his friend Ava in their small village. However, it becomes apparent very quickly that Edgar’s neighbours aren’t too thrilled about his attendance when he burns down the village decorations. The theme of this years Christmas Advert is forgiveness and holiday cheer. As we see towards the end of the 2-minute tale, Ava is determined to gather her community together and once again relight Edgar’s excitement – Through igniting a Waitrose Christmas Pudding.

How have they promoted Edgar?

After years of adverts and successful campaigns, watching the John Lewis Advert is a household tradition for many families across the UK. So why does John Lewis feel the need to advertise their advert online? The answer is because it works so well!

So far, we have seen an Edgar plush toy, a Snapchat filter and a whole Twitter account dedicated to the undeniably adorable character. The content promoted on both John Lewis and Excitable Edgars’ Twitter is entertaining, charming and relatable. The idea behind these tweets is to connect with consumers on an emotional level. 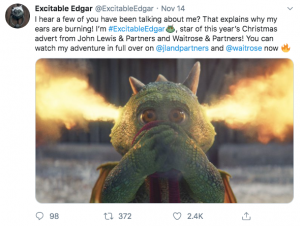 We can see that Edgar has already become a social media sensation – He has his own branded hashtag (accompanied by an emoji of Edgar whenever anyone uses it) and thousands of followers who like, comment and share his content. The character of Edgar is designed to connect with users on a personal basis. Although JLP & Waitrose are multi-million-pound businesses, they still have a personality and a face, which seems to work well with their shoppers.

However, with all of this being said, this year we can see that another food supply chain has taken to the spotlight – Aldi. Of course, we’ve all seen Kevin the carrot and his Christmas antics. However, the internet, especially Twitter, has found amusement in Aldi’s recent Tweet directed to the CEO of  John Lewis: 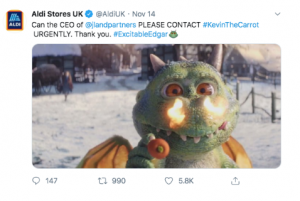 The idea behind this Tweet is genius and definitely got people talking. We all know that when the John Lewis Christmas advert hits our screens everyone is watching and discussing on Twitter and searching for the ad (and those that came before it) on Google.

This Google Trends graph shows how searches for the John Lewis Christmas Adverts start as early as October and continue all the way through December. The sheer levels brand awareness built by John Lewis & Partners has accumulated over the years resulting in their ads being searched for over and over again like clockwork, every year.

So to conclude, why does the John Lewis Christmas campaign work so well? The answer is simple, each year they connect with the audience in a way most brands simply don’t – on an emotional level. They have managed to create such a level of expectation and anticipation of a new advert every year, John Lewis is as synonymous with Christmas as Christmas Pudding is.