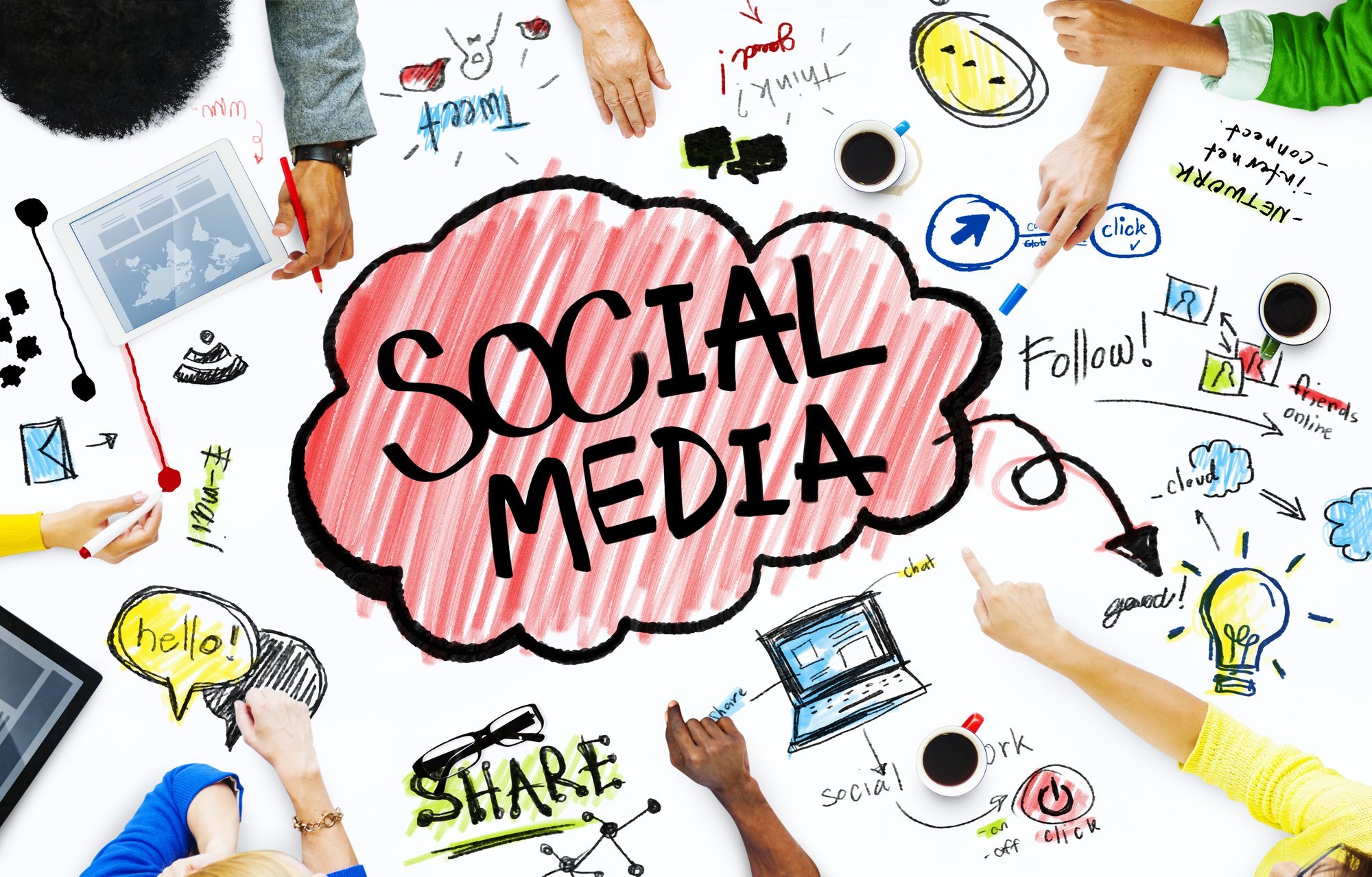 You may be on Twitter because you feel it’s finally time to open a personal account but equally you may be taking advice from your online marketing expert on using Twitter for business because it’s become a vital part of online efforts and the power of social media is undeniable.

@DPOMUK To be fair… it could also be Catwoman?

There is a little button that means you can share a tweet written by another user or profile and it will show on your wall. It includes the original twitter user’s @ handle so you know who originally wrote it.

This is the method of communicating with other twitter users and profiles. For instance @dpomuk would notify DPOM that I was talking to them. It’s simply the twitter user name with @ in front.

This is private message to any profile or user that appears in their inbox rather than on their public wall.

This star is there to ’save’ the tweets that you like. Again it’s often over used but essentially it means you can keep a collection of your favourite tweets and go back to quickly reference them at a later date. (Like a browser book mark.)

No, this is not bird seed for the little blue twitter logo: It’s the “main page’ or ‘home page’ if you will. The list that shows the tweets from anyone that you follow… 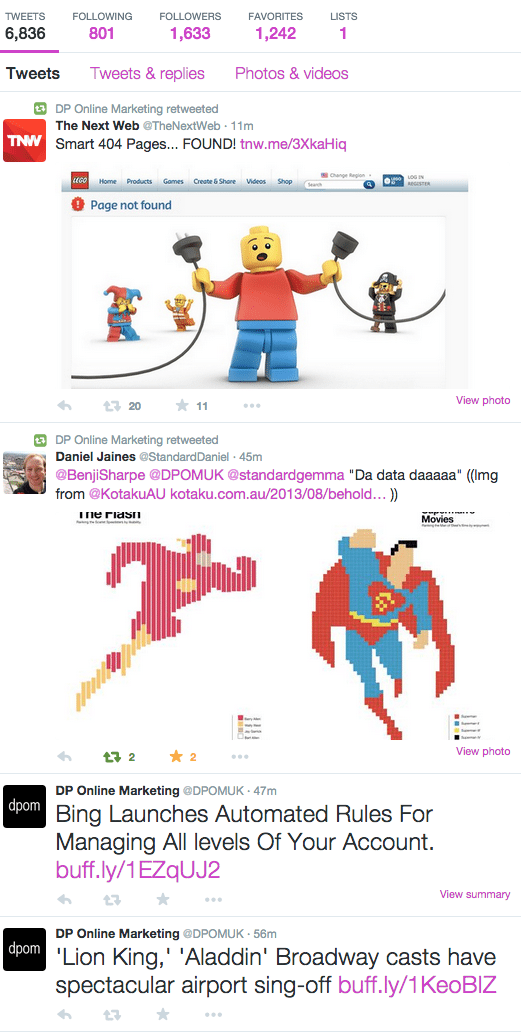 Clicked the “Follow”: You’re now a Follower. This is basically a subscriber who can see what a particular Twitter profile has written in their ‘Feed’. Their posts or updates will appear in the endless wall of text from other people who are being followed.

The often-abused #hashtag is actually a clever way of showing what the general topic of a conversation relates to. You’ll see that people use it to denote that they have particular interests… Many people go absolutely mad with them though which is usually in the home of gaining a few followers but often this will pick up spam accounts.

Trending shows a popular hashtag that is being used a lot and denotes when a particular interest, person or place etc is being discussed a lot. This really is the hashtag being put to useful effect. It may be for fun purposes, a news story, a person’s name or any other thing that has a lot of people tweeting. You’ll see a top ten trending stories in the feed.

No meat here. Just a fake account. Set up to post automated tweets at regular intervals and follow random people for various reasons. Sometimes it’s to build the follower numbers and sell on, sometimes it’s for dubious reasons including data gathering, phishing and scamming. Everyone has spam followers but they can also be bought to inflate the perceived popularity of Twitter accounts.

There are of course, lots more terms you’ll come across but these are the key ones you’ll hear of time and time again. When you’ve been on Twitter for a while, you forget that people may not know the terminology but everyone with a business SHOULD be on social media… So this gives you a little guide to build understanding of the terminology… Or send to your mum when she becomes a tweeter!

How to Correctly format a webpage

B2B: Preparing for the Summer Slowdown

Outsourcing Your Businesses Online Marketing: More Than Just A Strategy