For years, Google has always been the one that springs to mind when you have a question that needs answering or you’re looking for a product/service. However, everyone seems to forget about, or just simply ignore, Bing. So, let’s take a fair look at both search engines…

A Little More About Both Sides

You may be familiar with Google and Bing, or just Google, or maybe you don’t know anything about either (we know that’s unlikely!) Either way, let’s refresh our memories on both search engines.

Google: The search engine was launched all the way back in September 1998 and Google Ads (previously AdWords) started back in October 2000. Now, there are more than 2 TRILLION Google searches carried out each and every year. That means more than 5 billion searches every day resulting in about 63 million every single second!

Bing: These were launched back in 2009 as a rebranded version of Microsoft’s MSN Search, Windows Live Search and Live Search. It was found back in 2019 that 12 billion monthly searches were carried out on Bing worldwide and a lot of these users were those who live in households that earn an annual income above 100,000 US dollars.

Delving deeper into the more advanced features of each platform, we can see that they are both relatively similar. They follow the same board ranking principles for SEO, taking into account a sites backlinks, technical health and more.

Aside from this, Google has more to its technical side than Bing does so it’s viewed as better for those more advanced searches. It also has extras built-in such as Reverse Image Search (dropping a photo into Google Images and it’ll search for similar pictures), Voice Search (allows you to search on Google using your microphone), Instant Search (show results as you are typing) and also integration with Googles other services such as Google Drive, Google Contacts and, of course, Gmail.

However, Bing does have a fantastic service called Bing Rewards. Users who sign up to this can build up their points every time they do a search on Bing, allowing you to redeem gift cards to a number of companies such as Starbucks or Amazon. It also has the option for you to donate to your favourite charity which – let’s face it – is amazing!

Moving more into the SEO side of things, we’re all aware of Google’s Mobile-First Indexing where Google will use the mobile version of every site for ranking and indexing purposes. However, Bing’s policy is very different. They’ve stated that they “maintain a single index that is optimised for both mobile and desktop to ensure our users continue to receive the most relevant, fresh and consistent results no matter where they are”.

Some Pros of Google

We’ve covered many of Google’s advantages above but their Instant Search feature is a winner among users. It doesn’t just help to save time, it also assists when you’re not too sure what terms you should be searching for, therefore increasing efficiency.

Some Pros of Bing

When researching, a lot of sources stated how much more attractive Bing’s results page is when compared to Google – especially for those looking for videos.

How About Some Alternatives?

Although Google is the biggest, and most dominant, search engine in the world (followed by Bing), there are more than just those 2 platforms to perform your search on. Check out some top search engine alternatives below!

A favoured search engine within Russia (used by more than 45% of their internet users) but it can be used by anyone in the world. It’s a very simple and easy-to-use engine and it also offers some additional tools such as maps, Yandex.Cloud (a suite of services) and ClickHouse.

Don’t want to be tracked? Check out these: 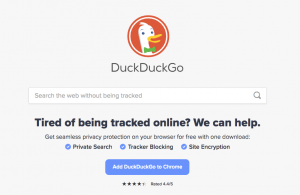 Maybe you’ve heard of this one before, but maybe you haven’t. This search engine is known as “the search engine that doesn’t track you” as it focuses on safeguarding searchers’ privacy and avoids personalised search results based on your history and profile.

If you’re looking for a more private web browsing experience, this is the best search engine for you. However, people are still able to advertise on DuckDuckGo so the ads you see will most likely be irrelevant to you since you’re not being tracked.

Back in February 2019, DuckDuckGo reportedly had an average of 35 million daily searches performed.

Another private search engine! StartPage serves up answers from Google but still allows you to not have your search history and browsing tracked and stored.

It includes a URL generator which is useful as it eliminates the need to collect cookies and, instead, remembers your settings in a way that promotes privacy.

Looking for a search engine with a positive impact? Check out these: 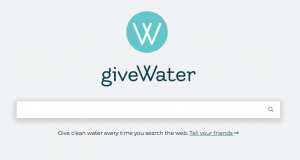 They aim to have a positive impact on the world by empowering users to solve the issue of poor quality water and ineffective sanitation across the developing world.

The company’s CEO met the founder of “Charity:Water” and was inspired to try to make a difference through his own work. 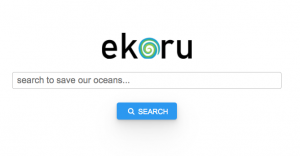 They are taking on the threat of climate change as they donate 60% of their monthly revenue to one of several partner charities. This ranges from those who focus on reforestation and climate change to those who are more dedicated to animal welfare and conservation.

Ekoru uses renewable energy sources for its data centres and takes a stand for civil rights by not storing any user or search-related data on their servers. So it’s private and donates to charitable causes – win-win!

So, who’s the winner?

However, it’s not an overall win. Bing does a few things a lot better than Google does (particularly video) and many users actually prefer Bing’s results when compared to Google’s.

Although Google has been around for a very long time and is, by far, the most popular search engine, Bing is very similar in regards to features and a lot of people use it. Because of this key factor, we recommend that all businesses looking to grow via PPC choose an integrated strategy between the two search engines. Doing this allows your campaigns to benefit from the unique features on both platforms and reach a much wider audience in doing so.

Whilst Google is still (and may always be) the leader of search engines, we’re confident in Bing’s ability which is why we include Microsoft Advertising (formally Bing Ads) within our PPC Management package.

So get in touch with our team of experts to learn more about Google and Microsft Ads today!

Social Media: What should your business know?